Tales From The Vault - American Football Part One

The history of American Football video games proves to be almost as rich as the history of the sport itself.  Filled with franchise dynasties, heated rivalries, celebrity endorsements, and title crushing back door deals, electronic football’s growth reads like the rise of the Roman Empire. From the sport’s humble beginnings on the Atari 2600 to the golden era of NFL 2K and Game Day, the digital version of throwing the old pigskin around led into the modern day monarchy of Madden.

Welcome to Tales From The Vault. In this series, we explore the ever growing history of today’s favorite gaming franchises in sports & leisure. How they rose to dominate the industry, or how they were lost in time, forgotten and alone in the digital space.

When looking in any used game store or online shop, gamers will most likely find a copy of Madden NFL. The franchise dates back to 1988 when the game debuted on the Apple 2 and MS DOS based computers. Today, the game equates more to digital American Football than it does to John Madden’s involvement with the actual sport. Before EA Sports claimed the throne, many other developers took a shot at being the champ.  The history begins, as it does for so many games, with the Atari.

The year was 1978, and Atari was king of the arcade world. The company pumped out hit after hit like Anti-Aircraft, Avalanche, and Asteroids. After a variety of games based on fantasy elements, the company focused on a new target: sports. Designed by Steve Bristow, Atari Football is credited as being one of the first arcade machines to accurately emulate sports movements and strategies. 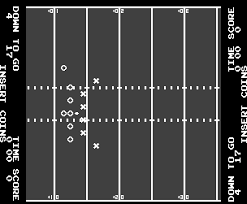 Players were represented by Xs and Os on a green “field” and were limited to the most basic of offensive and defensive plays. 25 cents gave a player ninety seconds of game time.

While the gameplay concept was primitive, Atari Football popularized the trackball; the little globe controller gave players a strenuous forearm.  The following year, Atari developed a more challenging four-player version of Atari Football programmed by Dave Theurer, the creator of Missile Command and Tempest. Atari opened the playing field for other competitor’s contributions.

In 1979, Mattel wanted in on the sports genre and released a game simply titled NFL Football, available on the Intellivision but later ported to the Atari 2600 under the title Super Challenge Football. Although the game was called NFL Football, it didn’t actually feature any official team names, logos, or known athletes. Since Mattel did not secure the rights to such things, generic teams were used in place of actual NFL counterparts. Only the National Football League logo would  appear on the box cover. 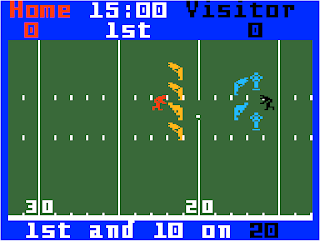 Again, the gameplay was primitive to today’s standards. For the time, this was the most advanced sports game on the market. Each match consisted of four quarters, each fifteen simulated minutes in length while taking place on a horizontally scrolling, 100-yard football grid.

At the start of each play, gamers used the Intellivisions keypad to input a formation and play for the down. Diagrams and descriptions shown only in the game's manual, not on screen.

Unlike modern games that use statistics to create a point system to determine a team's strengths and weaknesses, NFL Football teams were equal in value. In a sense, this made the game more of a strategy with play calling more than it was a battle of statistical power.

It wasn’t until December of 1983 when a little game developed by a Japanese based publisher called 10-Yard Fight hit the arcade scene. Ported to the NES in 1985, gameplay was a vertical scroll with well defined players that had multicolored uniforms. Although one could no longer select plays on each down, players had a range of 5 difficulty settings, which in a sense became levels. If a player won both parts of an accelerated, simulated 30 minute half, they advanced to the next level of difficulty. This added a new challenge.  Where past games were about the multiplayer experience, 10-Yard Fight focused more on the single player aspect. It was essentially an early version of a “career mode” as the levels were named: high school, college, professional, playoff and super bowl. 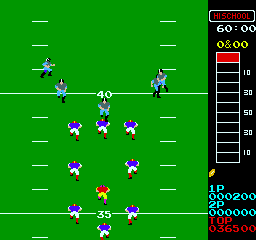 Sports Illustrated's Adam Duerson wrote, “While no one remembered it or could say what makes it great, it is worth recognition for the fact that it brought football games out of the Atari era setting a simple precedent for future football games”.

Then, in 1987 one of the most iconic names in American Football video games hit the arcade: Tecmo Bowl.

Next time on Tales From The Vault, we explore the start of a sports game boom that kicked off with the ever popular Tecmo Bowl. We also explore how real team names and player likeness made its way to the video game realm starting with a little game called Madden NFL 94.

Posted by Picked Last Gamer at 8:40 AM 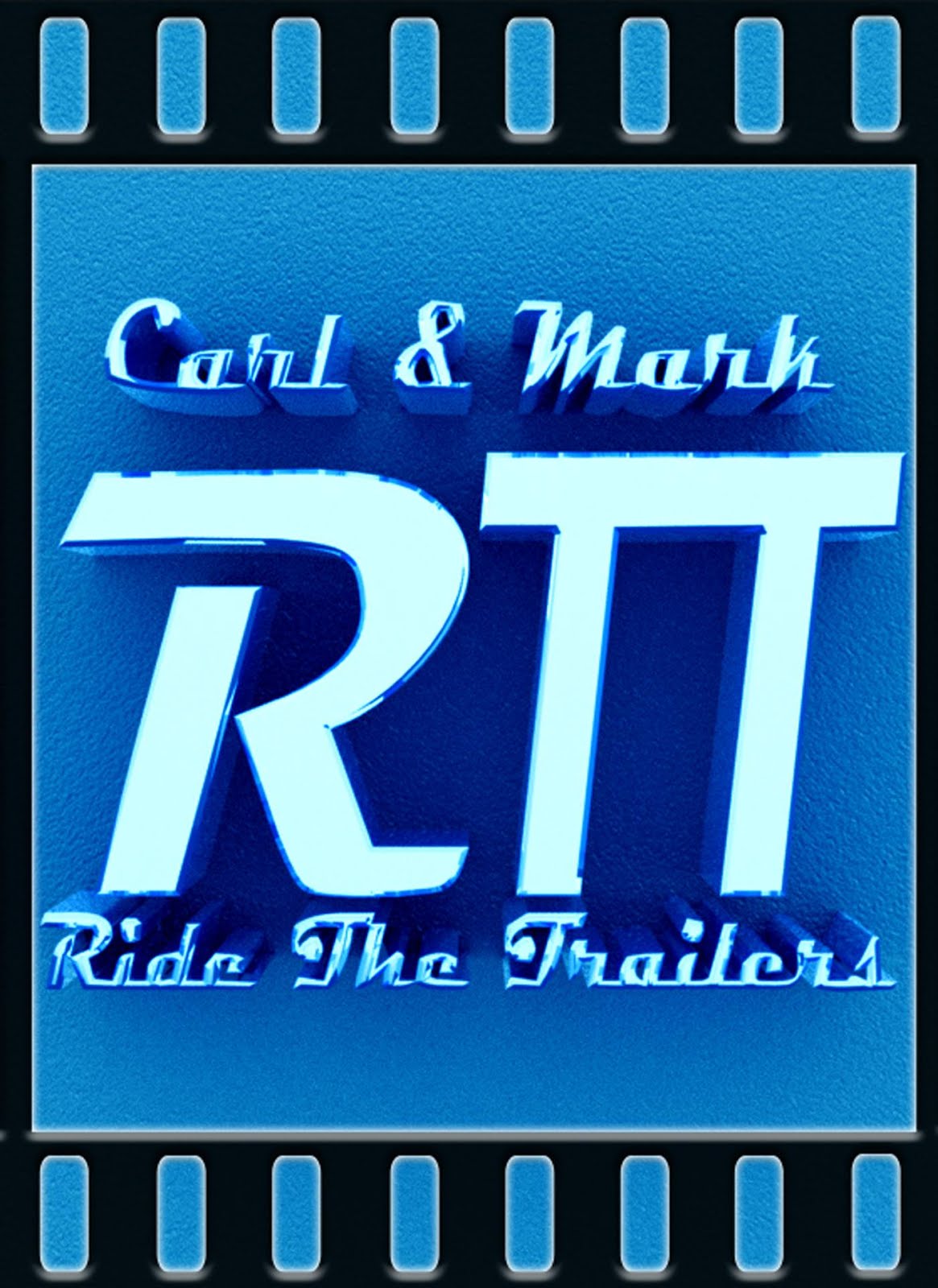